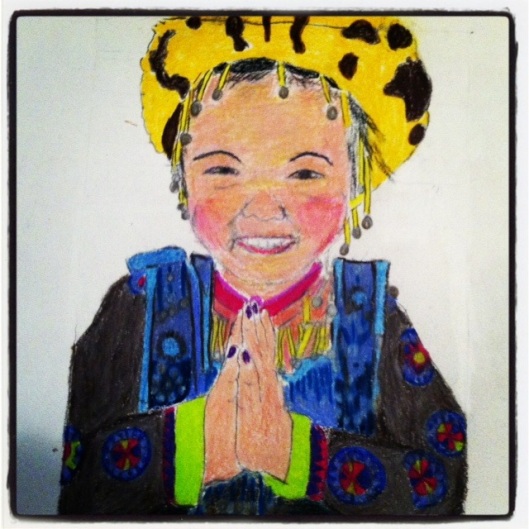 Remember there’s no such thing as a small act of kindness. Every act creates a ripple with no logical end. Scott Adams

Sunday night we had a double birthday party for my son and daughter-in-law. The house was packed with family and though it was a happy gathering, chaos abounded.

Amidst the large crowd, we had three dogs in attendance, one of which was our puppy, Mr. Bingley. Bingley was in heaven, chasing the children and being the center of attention.  Kids and puppies are a perfect combination.

However, several times during the evening, the little ones had to be reminded to be “soft” with our tiny 4-pound bundle of fur.  It was interesting to observe that when reminded, the kids knew exactly how to adjust their behavior:

It wasn’t hard for them to change. They love Mr. Bingley and when they became aware that being rough might harm him, a transformation took place and little nurturers appeared. The chaos was replaced with a sweetness hard to describe. 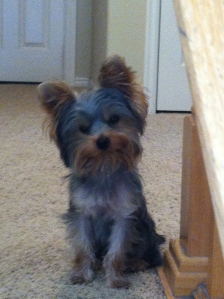 In contrast, on a daily basis I hear stories of people harming others with their words and actions. Some of it is intentional, but often it is not.

It’s easy to forget that human beings, despite our size, age, or level of success, may at times have only the emotional strength of a 4-pound puppy.

Unfortunately we don’t have super powers to look inside a person’s heart. Sometimes it’s easy to see when others are hurting but all too often people are wearing masks so that they don’t appear vulnerable.

We would be wise to remind ourselves often to be “soft.”

I am not a golfer, but I have friends who are passionate about the sport. I used to think golfing was about how “hard” you hit the ball.

My friends explained that it’s not how “hard” you hit the ball, but the arc of your swing and where on the ball your club makes contact. They said that a fraction of an inch makes all the difference in how far and where your ball will land.

In other words, a tiny adjustment makes all the difference.

Using that same analogy, consider the power of a tiny adjustment to your words and deeds, and how it could ease a soul.

A text to say “I’m thinking of you”

A pat on the back or touch on the arm

Sitting next to someone who is alone

All of these are little adjustments. They don’t require physical strength or great effort. It’s a matter of arc or intention, and where you hit the ball that makes all the difference. Softness is the strength that is required.

Such little effort can be transformative on a very large scale.

How have you been touched by little kindnesses in your life? I’d love to hear your experiences.

That’s all for now my friends.

May you always find your cup half full 🙂