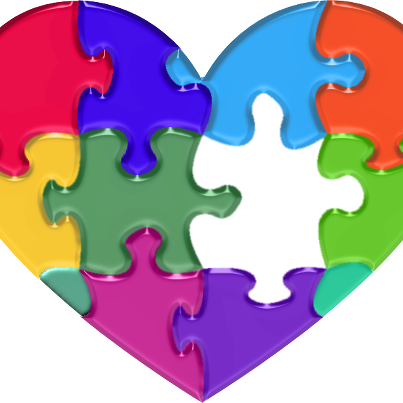 It was eight o’clock in the morning when I drove into the parking lot. I should’ve been at the office by 7:45, but it was another one of those days when everything that could go wrong, did go wrong.

I parked my car, grabbed my briefcase, purse and lunch bag, and ran up the stairs to my office. Fortunately my client had not arrived, so I made the rounds, mindlessly opening the curtains, flipping on the lights and radio, and as I was sprinting down the hall to my office, I noticed a giant… and I do mean GIANT bug on my sleeve. I might have freaked out, but I had no time for such nonsense and gently brushed the bug off my sleeve. Shamefully, I was so rushed, I didn’t even take the time to think about how irresponsible it was to set a giant bug free to creep around the office. After listening to my phone messages, my client arrived.

14 years old, and not happy at all about coming to see me so early in the morning, he sulked into my office and slunk down into the brown leather chair.  We exchanged greetings, and somewhere in the conversation I asked how school was going. He said, “I have to take ten pictures of bugs for a science project.” He went on to discuss the bugs he had already photographed.

–Now this is where I’m embarrassed to admit that several minutes had passed before I remembered the giant bug that accompanied me into the office just fifteen minutes earlier.

As soon as I remembered, I said, “Hey, you wouldn’t believe what happened to me this morning,” and then I told him the story. “Let’s go find the bug,” and instantly we were off on the hunt. It was early and nobody else was in the office so we had the full run of the place. Two minutes had not passed before he found it on the bottom of the picture window in the reception area.

“I found it”, he yelled. I walked in and saw him lying flat on his stomach looking at the bug. I got down on the floor and looked at it with him. It was a dragonfly. We took a picture of it with my iPhone, which I emailed to his Mom to print for school.  For the remainder of our session we talked about dragonflies. Before he left, I gave him an assignment to study the symbolism of dragonflies and report back.

It was a magical moment. Never before had a giant bug hitched a ride on my shoulder as I walked into my office... and it hasn’t happened since.

That intelligent 14 year-old boy has Asperger’s disorder. Reading and playing video games are among his favorite things to do. He has a very strong sense of justice and fairness, and won’t tolerate variance in any form. Having extreme sensitivity to sound makes it difficult for him to concentrate in a classroom of chatty classmates. Last year his teacher had him keep his desk in the front corner of the classroom: not because he was in trouble, but because that’s where he felt the safest and farthest from multiple distractions that hurt his ears and challenged his sense of fairness.

Showers are not his favorite activity and looking cool doesn’t hold any importance to him. He is very good at playing checkers and when I asked him to teach me how to play chess; he attempted, but got bored with my slow progress. He kindly tried to help me win but I was hopeless. Structure is his friend. He craves family dinner; not only for the food, but for a landmark in the evening. His favorite food is frozen bean and cheese burritos.

He knows very well what it means to be bullied. He has been victimized many times, but he will not allow others to be treated unfairly. Imagining his favorite video game when others are taunting him is how he has learned to cope with unavoidable bullying, which is a big improvement over biting every time he is thrown a hook.

This year he attends the Spectrum Charter school, where only kids with Autism and Aspergers can go. He is is thriving! Finally a group of friends, and teachers who understand the importance of frequent breaks and other accommodations. He looks forward to going to school and enjoys playing basketball and gaming online with his new found friends.

As far as I know there is no cure for Aspergers Disorder, and I’m not sure there needs to be. What there needs to be is more tolerance and acceptance for people of all strengths and weaknesses. We need better educational accommodations for multiple learning styles, and environments that not only are safe, but feel safe to grow in. This much I do know: the individuals with Aspergers, with whom I have worked, are lonely and want to be connected to others – on their terms.

My work with these individuals has been about helping them to be more effective socially, and teaching them skills to better tolerate frustration. I once read a psychological assessment for one of my clients diagnosed with mild Aspergers. The treatment recommendations stressed the importance of finding a therapist who would take an interest in his life and personal growth. Without question, I consider that to be the key ingredient in every therapeutic process. Never have I seen that written in other psychological assessments for clients with different diagnoses, and for a number of reasons I don’t like what it implies.

As pioneers of peace, we are kind and accepting to all. We model valuing everyone for their unique contribution to this tapestry we call life. We teach the children in our lives, that not only does everyone wants to feel valuable, but that everyone IS valuable.

Here’s a thought… isn’t it time for those of us without this “disorder” to do our part by adapting our behavior to those who are different from us? (I use that term lightly, because there is always more about us that is alike than is not.) Or, isn’t it time to level the playing field by broadening our sensibilities, and capacity for frustration tolerance?

This post concludes with a Ted Talk featuring Temple Grandin, a Pioneer of Peace who has autism. PLEASE, PLEASE, PLEASE, take the time to watch it. What I have written is not complete without it.

If you are interested in learning more about her, read one of the many books she has written, and watch the HBO movie Temple Grandin, winner of 7 Emmy Awards, including Outstanding Made for Television Movie.

As always, I plead with you to be a pioneer of peace and leave a comment. Share this post with those you know who might benefit from it, and if you would kindly like it on Facebook, I would greatly appreciate it.  You never know whose life you might touch for good and the ripple effect it could have. 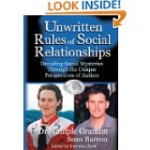 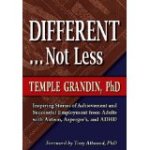 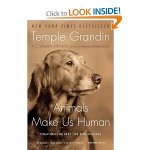